Loves Art and Technology! Would like to blog and share.. Involved in Apache Hadoop and its ecosystem. Eager to be a part of Big Data Revolution.

In the previous post we learnt how easy it was to install Hadoop with Apache Bigtop!
We know its not just Hadoop and there are sub-projects around the table! So, lets have a look at how to install Hive, Hbase and Pig in this post.

Before rowing your boat…

All Set?? Great! Head On..
Make sure all the services of Hadoop are running. Namely, JobTracker, SecondaryNameNode, TaskTracker, DataNode and NameNode. [standalone mode]

The steps here are almost the same as Installing Hive as a separate project.
However, few steps are reduced.
The Hadoop installed in the previous post is Release 1.0.1

We had installed Hadoop with the following command

We have installed Bigtop 0.3.0, and so issuing the following command installs all the hive components.
ie. hive, hive-metastore, hive-server. The daemons names are different in Bigtop 0.3.0.

This installs all the hive components. After installing, the scripts must be able to create /tmp and /usr/hive/warehouse and HDFS doesn’t allow these to be created while installing as it is unaware of the path to Java. So, create the directories if not created and grant the execute permissions.
In the hadoop directory, ie. /usr/lib/hadoop/ 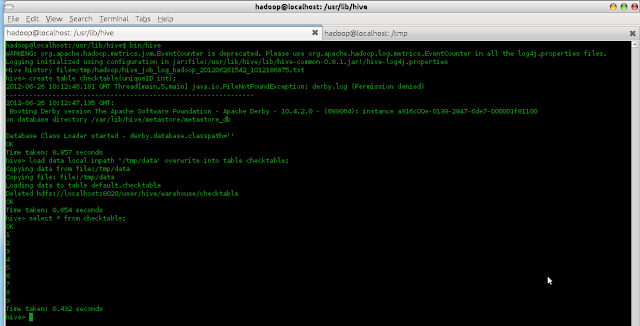 Installing Hbase is similar to Hive.

Installing Pig is similar too. 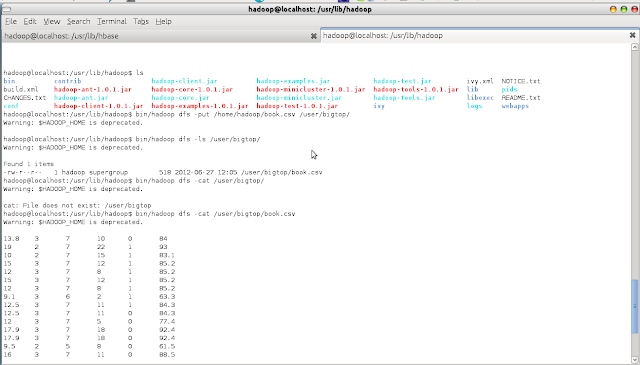 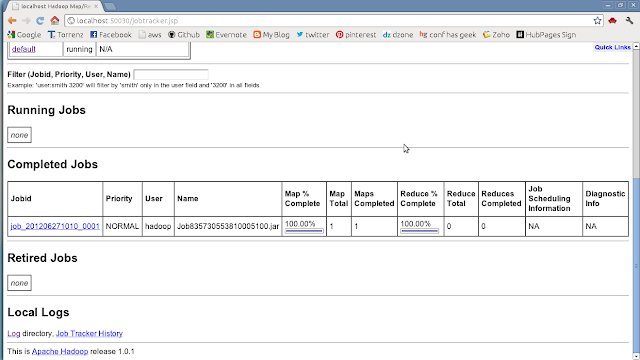 We saw that is it possible to install the subprojects and work with Hadoop, with no issues.
Apache Bigtop has its own spark! :)

There is a release coming BIGTOP-0.4.0 which is supposedly to fix the following issues:

Bigtop’s KEYS file containing PGP keys we use to sign the release:

Let us see how to install other sub-projects in the coming posts!
Until then, Happy Learning!

Reference: Hadoop Hangover: Introduction To Apache Bigtop and Installing Hive, HBase and Pig from our JCG partner Swathi V at the * Techie(S)pArK * blog.