In this detailed Resource page, we feature an abundance of Intellij IDEA Tutorials!

IntelliJ IDEA is a Java integrated development environment (IDE) for developing computer software. It is developed by JetBrains (formerly known as IntelliJ), and is available as an Apache 2 Licensed community edition, and in a proprietary commercial edition. Both can be used for commercial development.

The first version of IntelliJ IDEA was released in January 2001, and was one of the first available Java IDEs with advanced code navigation and code refactoring capabilities integrated.

In December 2014, Google announced version 1.0 of Android Studio, an open-source IDE for Android apps, based on the open source community edition of IntelliJ IDEA. Other development environments based on IntelliJ’s framework include AppCode, CLion, PhpStorm, PyCharm, RubyMine, WebStorm, and MPS.

The IDE provides certain features like code completion by analyzing the context, code navigation which allows jumping to a class or declaration in the code directly, code refactoring and options to fix inconsistencies via suggestions.

Built in tools and integration

The IDE provides integration with build/packaging tools like grunt, bower, gradle, and SBT. It supports version control systems like Git, Mercurial, Perforce, and SVN. Databases like Microsoft SQL Server, ORACLE, PostgreSQL, and MySQL can be accessed directly from the IDE.

IntelliJ supports plugins through which one can add additional functionality to the IDE. Plugins can be downloaded and installed either from IntelliJ’s plugin repository website or through the IDE’s inbuilt plugin search and install feature. Currently, IntelliJ IDEA Community edition has 1495 plugins available, while the Ultimate edition has 1626. These figures are much smaller than those of editors such as Atom, which has over 7000 packages (essentially plugins). However, some features that are included by default in IntelliJ can only be added to Atom by installing packages. For example, linting is built into IntelliJ, and it can be installed in Atom, per programming language, with a variety of packages. 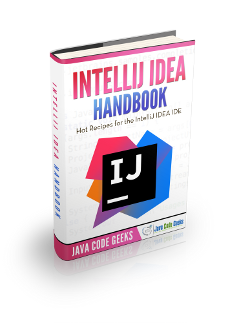 Note
If you wish to build up your Intellij IDEA knowledge first, check out our IntelliJ IDEA Tutorial for Beginners.

Simple examples based on Intellij IDEA