I put out an April Fools’ post yesterday about joining NASA to help with exploration of the big red planet. That post was not far from the truth… all the details about technologies developed by NASA were 100% accurate. Heck, even the fact that I quit my job was the truth! The only part that was not true was the company that I will be joining.

While working for NASA to help explore Mars would be a very cool gig as well, I am joining another big red entity that you might be familiar with… 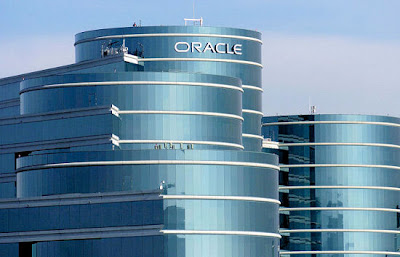 I was initially skeptical about joining Oracle, but have been won over by their commitment to moving forward the Java platform that they have demonstrated over the past 2 years. For example:

Oracle released Java 7 on schedule in only 1 year

This is something that Sun had been unable to accomplish in the 3 years preceding the merger, and had historically struggled with.

Hudson and OpenOffice have been freed

While the community outcry around the Jenkins and LibreOffice project splits made all the headlines, the ensuing freeing of these platforms by Oracle in which they donated the code to the Eclipse and Apache Foundations, respectively, was not nearly as well publicized.

Sun lost touch with their developer base, and built a platform that was inaccessible to Java developers and didn’t meet the needs of business client applications. Oracle turned this around by rewriting all the APIs in pure Java, adding a much-needed focus on desktop business applications, and shipped JavaFX 2.0 on time!

For these reasons and more, I am glad to have the opportunity to continue to drive Java forward from the inside out. In fact, not only am I going to be joining Oracle’s Java evangelism team, but at the same time they also recruited Jim Weaver, my friend and co-author on the Pro JavaFX 2 Platform title. So what can we infer from the hiring of two JavaFX gurus like Jim and myself?

For one, JavaFX is here to stay as a part of the Java platform.

With the 2.0 release, JavaFX finally has the performance, Java language support, and business focused controls to be a worthy successor to Swing. This is good news to those companies who have a heavy investment in Swing, because they have a path forward to continue developing mission critical business applications on the highly robust JVM platform. Also, with the new JFXPane component that allows embedding of JavaFX applications in Swing, it is easy to begin incorporating JavaFX elements in existing web applications.

Also, JavaFX has the potential to be a driving force in cross-platform mobile application development.

Right now you have to choose between with the limited functionality, poor usability, and device incompatibility of web-based cross-platform frameworks or the high cost of writing multiple native applications. I had high hopes that Flash would fulfill the gap between these two approaches, but Adobe fumbled he ball. Fortunately, JavaFX has shown great promise in this area with some impressive technology demos at JavaOne, and has the opportunity for a touchdown with a business-focused release of JavaFX 2 on mobile.

I am optimistic about the future of Java and JavaFX technology in the coming years, and in my new role will be in a good position to give all of you a front row seat. Expect plenty of blogs, articles, demos, and the usual satiric, but realistic, developer viewpoint on the Java platform as I dig my heels in at the big red giant!

Reference: Oracle Propels JavaFX Forward by Enlisting Weaver and Chin from our JCG partner Stephen Chin at the Steve On Java blog.