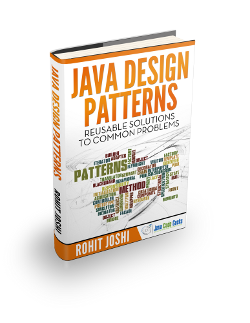 Sports Lobby is a fantastic sports site for sport lovers. They cover almost all kinds of sports and provide the latest news, information, matches scheduled dates, information about a particular player or a team. Now, they are planning to provide live commentary or scores of matches as an SMS service, but only for their premium users. Their aim is to SMS the live score, match situation, and important events after short intervals. As a user, you need to subscribe to the package and when there is a live match you will get an SMS to the live commentary. The site also provides an option to unsubscribe from the package whenever you want to.

This situation clearly shows one-to-many mapping between the match and the users, as there could be many users to subscribe to a single match. The Observer Design Pattern is best suited to this situation, let’s see about this pattern and then create the feature for Sport Lobby.

2. What is the Observer Pattern

The Observer Pattern is a kind of behavior pattern which is concerned with the assignment of responsibilities between objects. The behavior patterns characterize complex control flows that are difficult to follow at run-time. They shift your focus away from the flow of control to let you concentrate just on the way objects are interconnected.

The Observer Pattern defines a one-to-many dependency between objects so that when one object changes state, all its dependents are notified and updated automatically. The Observer pattern describes these dependencies. The key objects in this pattern are subject and observer. A subject may have any number of dependent observers. All observers are notified whenever the subject undergoes a change in its state. In response, each observer will query the subject to synchronize its state with the subject state.

The other way to understand the Observer Pattern is the way Publisher-Subscriber relationship works. Let’s assume for example that you subscribe to a magazine for your favorite sports or fashion magazine. Whenever a new issue is published, it gets delivered to you. If you unsubscribe from it when you don’t want the magazine anymore, it will not get delivered to you. But the publisher continues to work as before, since there are other people who are also subscribed to that particular magazine. There are four participants in the Observer pattern:

The three key methods in the Subject interface are:

And optionally there is one more method subjectDetails(), it is a trivial method and is according to your need. Here, its job is to return the details of the subject.

The above interface is used by the reporters to update the live commentary on the commentary object. It’s an optional interface just to follow the code to interface principle, not related to the Observer pattern. You should apply oops principles along with the design patterns wherever applicable. The interface contains only one method which is used to change the state of the concrete subject object.

The above class works as a concrete subject which implements the Subject interface and provides implementation of it. It also stores the reference to the observers registered to it.

The above class is the concrete observer class which implements the Observer interface. It also stores the reference to the subject it subscribed and optionally a userInfo variable which is used to display the user information.

The above example will produce the following output:

All this happens dynamically without changing the existing code and not only this, suppose if, the company wants to broadcast the commentary on emails or any other firm wants to do collaboration with this company to broadcast the commentary. All you need to do is to create two new classes like UserEmail and ColCompany and make them observer of the subject by implementing the Observer interface. As far as the Subject knows it’s an observer, it will provide the update.

Let’s try to implement the above example using the Java’s built-in Observer pattern.

This time we extends the Observable class to make our class as a subject and please note that the above class does not hold any reference to the observers, it is handled by the parent class, that’s is, the Observable class. However, we declared the setDesc method to change the state of the object, as done in the previous example. The setChanged method is the method from the upper class which is used to set the changed flag to true. The notifyObservers method notifies all of its observers and then calls the clearChanged method to indicate that this object has no longer changed. Each observer has its update method called with two arguments: an observable object and the arg argument.

Let’s discuss some of the key methods.

The above class implements the Observer interface which has one key method update, which is called when the subject calls the notifyObservers method. The update method takes an Observable object and an arg as parameters.

The above example will produce the following output:

The above class creates a subject and two observers. The subscribe method of the observer adds itself to the subject observers list. Then setDesc changes the state of the subject which call the setChanged method to set the change flag to true, and notifies the observers. As a result, observer’s update method is called which internally class the display method to display the result. Later, one of the observers gets unsubscribed, i.e. it is removed from the observer’s list. Due to which later commentaries were not updated to it.

Java provides built-in facility for the Observer Pattern, but it comes with its own drawbacks. The Observable is a class, you have to subclass it. That means you can’t add on the Observable behavior to an existing class that already extends another superclass. This limits the reuse potential. You can’t even create your own implementation that plays well with Java’s built-in Observer API. Some of the methods in the Observable API are protected. This means you can’t call the methods like setChange unless you’ve subclassed Observable. And you can’t even create an instance of the Observable class and compose it with your own objects, you have to subclass. This design violates the “favor composition over inheritance” design principle.

5. When to use the Observer Pattern

Use the Observer pattern in any of the following situations:

This was a lesson on Observer Pattern. You may download the source code here: ObserverPattern – Lesson 7

I like your articles on Design patterns. Haven’t read the rest of them, but these are giving me good understanding of the topics. Thank you so much.

I love sports and do not miss a single match of my favorite team. When I get a chance, I always place bets.

I also try not to miss the sporting events of my favorite sports teams. Especially when it comes to hockey and football. I can advise you to visit this source to register and place bets. What site do you place your bets on? Can you share your experience in this matter? How long has each of you been doing this? I always care about any opinion of the person who is in the topic.