JSR-166(y) is the official name of this new feature which is included in Java 7. If you notice there is a ‘y’ in the name, this is because JSR-166 (Concurrency Utilities) is being added since Java 5, but it wont stop here as there are already plans to add new classes in Java 8 under the JSR-166(e). Check this page maintained by Doug Lea, the creator of JSR-166, for more information.

According to Wikipedia, Parallelism is the ‘simultaneous execution of some combination of multiple instances of programmed instructions and data on multiple processors’ and Java has classes and interfaces to achieve this (sort of…) since DAY 1. You may know them as: java.lang.Thread, java.lang.Runnable, etc… What Concurrency Utilities ( java.util.concurrent package) does is simplify the way we code concurrent tasks, so our code is much simpler and cleaner. As developers we haven’t had to do anything when running our applications in machines with higher processing resources, obviously, the performance of our applications will improve, but are we really using the processing resources to the maximum? The answer is big NO.

This post will show you how the Fork/Join framework will help us in using the processing resources to the maximum when dealing with problems that can be divided into small problems and all the solutions to each one of those small problems produce the solution of the big problem (like recursion, divide and conquer).

NetBeans 7+ or any other IDE that supports Java 7 JDK 7+
Blur on an image, example from Oracle

The Fork/Join framework focuses on using all the processing resources available in the machine to improve the performance of the applications. It was designed to simplify parallelism in Divide and Conquer algorithms. The magic behind the Fork/Join framework is its work-stealing algorithm in which work threads that are free steal tasks from other busy threads, so all threads are working at all times. Following are the basics you should know in order to start using the framework:

OK, too much theory for now, let’s review an example.

Blurring an image requires to work on every pixel of the image. If the image is big enough we are going to have a big array of pixels to work on and so we can use fork/join to work on them and use the processing resources to the maximum. You can download the source code from the Java™ Tutorials site.

Once you download the source code, open NetBeans IDE 7.x and create a new project: 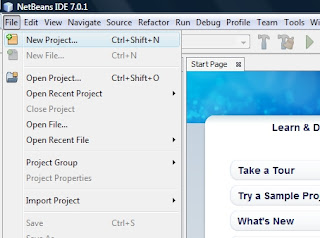 Then select Java Project with Existing Sources from the Java category in the displayed pop-up window: 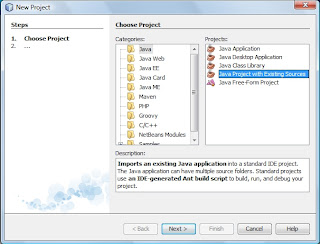 Select a name and a project folder and click Next > 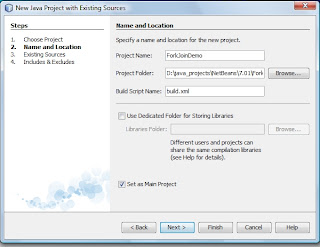 Now, select the folder where you downloaded the source code for the Blur on an image example: 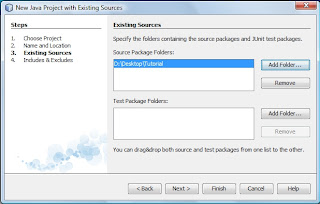 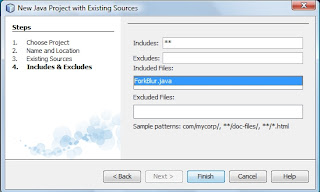 The source code will be imported and a new project will be created. Notice that the new project is shown with erros, this is because Java 7 is not enable for default: 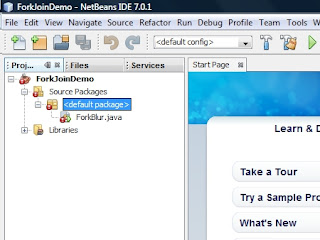 To fix this, right click on the project name and select the option Properties. On the pop-up dialog, go to Libraries and select JDK 1.7 from the Java Platform ComboBox:

Now, go to the option Sources and select JDK 7 from the Source/Binary Format ComboBox:

Last but not least, increase the memory assigned to the virtual machine when running this application as we’ll be accessing a 5 million positions array (or more). Go to the option Run and insert -Xms1024m -Xmx1024m on the VM Options TextBox: 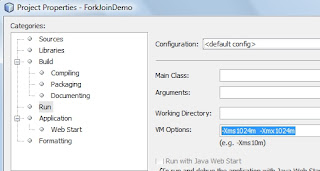 Click OK and your project should be compiling with no errors. Now, we need to find an image bigger enough so we can have a large array to work on. After a while, I found some great images (around 150 MB) from planet Mars, thanks to the curiosity robot, you can download yours from here. Once you download the image, past it on the project’s folder.

Before we run the example, we need to modify the source code in order to control when to run it using the Fork/Join framework. In the ForkBlur.java file, go to line 104 in order to change the name of the image that we are going to use:

Then, replace lines 130 to 136 with the following piece of code:

Notice the computeDirectly flag. When true, we’ll NOT be using the fork/Join Framework, instead we will compute the task directly. When false, the fork/join framework will be used.

Following you can see my 2 processors when executing the Blur on an image example without using the Fork/Join framework ( computeDirectly = true), it took about 14s to finish the work: 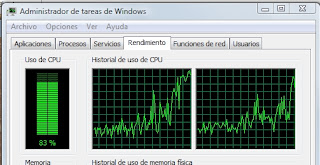 You can see that the processors are working, but not to the maximum. When using the Fork/Join framework ( computeDirectly = false) you can see them working at 100% and it took almost 50% less time to finish the work:

This video shows the complete process:

I hope you can see how useful this framework is. Of course, you cannot use it all around your code, but whenever you have a task that can be divided into small tasks then you know who to call.

Reference: Java 7: Meet the Fork/Join Framework from our JCG partner Alexis Lopez at the Java and ME blog.

11 screenshots explaining how to create a project in NetBeans and almost no code in an article about Fork/Join pool?