Devoxx 2011 is over, and it was awesome. Finally, after having to spend the weekend with wife and kid (haven’t seen much of me the last week), I’ve found the time to write down some stuff. It was for me the sixth Devoxx, my first one being in 2006 – back when I was still a student and it was called Javapolis.

So obviously I have some tradition with Devoxx, which grants me to say that (at least for me) it was one of the best editions ever. It may have to do with the fact I didn’t have a talk this year (Frederik had that honour), and I could enjoy the conference at its fullest. That said, time for a wrap-up! 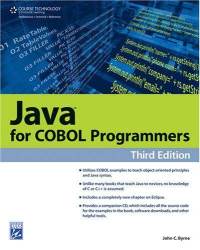 From a first glance at the Devoxx schedule it was clear that Java was not the first-class citizen it used to be on Devoxx. Dynamic languages, Android and HTML 5 were this years favourites. And, in my opinion, the organisators have decided wisely. We’re past the time that every new Spring, Hibernate or JBoss version drive cool and innovative features. EE6 and its features are well told and understood by now. UI frameworks have come and gone (byebye, JSF!). If you think about it, what ‘big hot item’ has happened in the last year in Java land? … Exactly.

And that in itself is not a bad thing. Java is as mainstream as mainstream can get. Solid, stable and here to stay for a long time (almost sound like Cobol). Sure, there is plenty of opportunities and work to do if you’re a Java developer. But we have to admit that we’re not amongst the hottest of the hottest these days (and probably have been like that since the advent of Ruby on Rails). Which is why some polyglotism and peeking around other technologies can’t hurt, if you’d ask me.

I attended Devoxx during both Uni and Conference days. For me personally, I found the Conference sessions wildly more interesting than the Uni talks. Three hour talks are just not my cup of tea. There just too much technical depth and information in these talks. I rather read a book on my own pace than trying for three hours to frantically follow every slide of the talk. Lessons learned for next year.

One exception: I really liked the Android Jumpstart talk by Lars Vogel. I have some IOS development experience, and seeing how straightforward Android development is, was interesting to say at least.

I think everybody wholeheartedly agreed that the keynote(s) on Wednesday by Oracle were boring as hell. I had high expectations when the first Oracle guy started with the obligatory Oracle Disclaimer, but invited the audience to find the spelling mistakes he added on purpose. But it was downhill from there. Nothing new in the presentations, slides obviously originating from sales and marketing, frantically avoiding the ‘Android’ word (J2ME will be and important focus in the future… uuuh yeah, right!).

I mean, these guys get a golden plated chance to get on the stage and show the tech audience that they rock as being the new steward of Java. Anyway, enough words written on this topic. The fact I saw several people sleeping in their seats speaks for itself.

Keynote: but Google can certainly return!

The Android keynote by Tim Bray on Thursday luckily was of a different kind. Great speaker (been following his blog since I discovered Ruby on Rails years ago), humorous, a new feature with examples here and there (I’m an IPhone guy, but hell Android sure has some sweet stuff up it’s sleaves!) and a real ‘call-to-action’ at the end (got the whole room very, very silent). I was in doubt to get up early again to go to the keynote after the debacle of the day before, but it sure was worth it.

On a sidenote: Stephan’s keynote (this year announcing Devoxx France!) was as good as ever. He can definitely return next year.

Sessions: too much choice!

The hardest part about Devoxx is the choice. With seven talks going on in parallel, on has to choose. And sometimes I had three sessions picked at the same time… damn! Luckily, all talks should be on Parleys by Christmas (and every Devoxx attendee gets access to it!).

I saw plenty sessions during Devoxx, but some of them really stood out:

Activiti + Vaadin, A match made in heaven

No suprise here. My fellow Activist Frederik did a great co-op presentation with the Vaadin guys. Both Activiti and Vaadin are of course enormously cool frameworks, so the combination surely gives some firework. There were some nice (new) features in the talk too, which they kept secret until the talk (like the annotations to match a form with a Vaadin view). Someone in the audience taped the whole talk and has put in on Youtube. Enjoy!

Java: The Good, the Bad, and the Ugly Parts by Joshua Bloch

As Joshua Bloch his sessions tend to be the most popular ones (last year, I could’t get in), I made sure to be good in time. The content of the talk was an overview of basically JDK 1.0, and what was in there that helped Java to be where it is today, and what might have hindered it. As you would expect from him, some nice puzzlers thrown in between. One of the best speakers out there, and really knows his stuff. 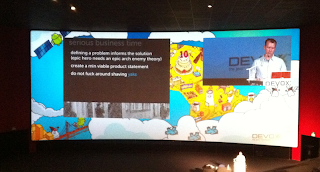 I only knew the idea behind PhoneGap, so this session was exellent to soak up some information. Brian is an awesome speaker, typical start-up attitude with the obligatory cursing and quotes to remember. Altough his demo’s (except one) didn’t work due to his Mac not seeing his Android, followed by cursing adb and all that is holy, I understood the goal and value of PhoneGap. I was really impressed by PhoneGap Build, a cloud environment where you upload your HTML and Javascript, and it gets compiled to every platform you wish (even Blackberry). The demo went well this time, and after uploading his example html, he could just scan the QR code on his screen and the app got installed on his phone. Sweet!

People who work with me in real-life, know that I’m fan of blaming others for yak shaving. Brian’s slide on ‘serious business time’ couldn’t have said it better.

I had expected a technical talk, but we rather got juicy examples and stories about customers (anonymous of course) on security bugs that lead to huge problems. Really great speaker. It was as if he was just was at a bar and talking while having a beer. It was a clear eye-opener that there is a world outside our comfortable Java code where hackers and criminal entities are extremely inventive and do stuff which we as ‘normal’ developers would never have tought of.

This session was placed in one of the smaller rooms, but this quickly proved to be a mistake. In no time the room was complety packed, and people sat everywhere they could. This is really a good sign that developers are understanding the need of UI design.

Joe is an UI designer for the Tesla S interface who used to work for Apple (which might have helped for the session’s popularity), and the examples were of course chosen from that background. The first part of the talk was a tid boring (but I already read quite a bit on the topic), but the second part was full of examples and tips.

The audience size definitely proves that Java Developers are evolving too.

I know Stijn personally, so choosing his session was a no-brainer. Again, the topic proved to lure a lot of people, and the room was very fast sold out. The talk took the session of Matt Raible of last year on Devoxx as starting point, but added real numbers and more importantly, real math to the table. Five frameworks (GWT, Wicket, JSF -2 implementations- and Vaadin) were put to the performance test. The performance architecture was thorougly explained, as were the measurment calculations/validations and potential pitfalls. Very profesionally brought.

Big winner of this test was GWT, albeit needing most of coding compared to the other. My framework of choice, Vaadin, did very well, and in a chat with Stijn later on he also expressed that the rapid development of Vaadin makes it a framework to consider.

JSF was the big loser of the day (at least the MyFaces impl, the Mojarra was better), and proved to scale much, much worse than the others. I had a French (or was it Spanish) project lead sitting next to me, who had expected validation for his ‘choosing the standard’. His sighs and painful yelps with every new graph shown on screen almost made me have compassion.

No, I’m not talking about the Wifi (which was horrible), but rather meeting people. As every past edition, Devoxx is a great way to meet up with many people of the Java eco-system. I met a lot of old friend, ex-collegues and met some new people. That alone is worth the trip to Antwerp.

Devoxx 2011 was great in every way, and for me it still is the best conference out there – period. Looking forward to next year!