Home » Java » Desktop Java » Sometimes in Java, One Layout Manager Is Not Enough

Sometimes in Java, One Layout Manager Is Not Enough

Most often when developing Java Swing applications, we need to use several layout managers in several nested panels. This is usually not a problem and is considered the normal practice for all UI development in almost all languages known to man.

However, most often for each panel in the UI only one layout manager is needed to achieve the desired effect, but there comes a time when you need to use multiple layout managers for the same container depending on the number components in the container.

The UI I wanted to achieve was something similar to Opera’s speed dial, but with variable number of dials. Basically,

This requirement initially looked tricky, but the solution was as usual a combination of layout managers using just two JPanels. Basically, an outer container for centering the internal contents, and an internal container for creating the matrix as required.

Which Layout Manager To Use

The question then arose, which layout manager gives the desired results? After minutes of experimentation, I finally realized that a GridBagLayout gives me the centered content appearance I need, but it was sometimes inconsistent. So I chose to use GroupLayout, via the netbeans designer. So that was applied the outer container.

Next I tried to find one layout manager that will effectively fulfill the first requirement. The options were FlowLayout and GridLayout. However, eventhough FlowLayout tends to vertically align its contents to the top, it was adequate in this case cause the GroupLayout vertically centered the FlowLayout content, and this fulfilled requirements 1 – 3.

Next, for requirement 4, GridLayout was chosen again, but this time, it was set to be a n x 3 matrix, where n is any number of rows. This allows the GridLayout to grows as expected and also lay out its components horizontally first before vertically. This automatically also fulfilled requirement 5.

Finally, when the components become greater than 6, a new GridLayout is created which is n x 4, effectively lining up the contents are desired. New components can be further added until the maximum of 12 components is reached, and further addition is prohibited.

Here is the example code for the process.

And then whenever a new component is added, the following code is run:

And here is a screen shot of the final layouts. 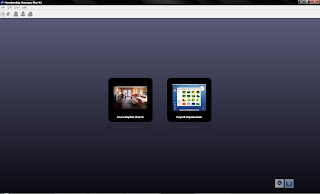 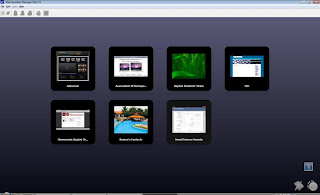 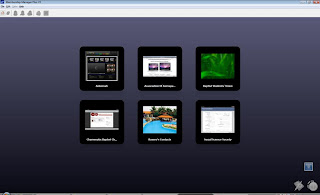 Reference: Sometimes in Java, One Layout Manager Is Not Enough from our JCG partner Francis at the “Ice in Code” blog.